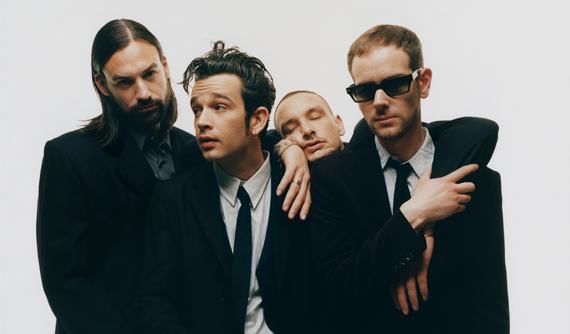 After four studio albums, there’s not much territory The 1975 hasn’t covered at this point. Throughout their tenure as a band, the English rockers have flirted with glossy pop, anarchist punk, gritty garage rock, electro-funk and country. They’ve used their incisive songwriting to ask existential questions surrounding self-discovery, nihilism, climate change, mental health, addiction, post-modernism and cybersex. So what’s a band to do when they’ve seemingly done it all? After 20 years together, The 1975 decided it was time for a return to form — a way to celebrate their beginnings and showcase their growth. The result is "Being Funny in a Foreign Language" — perhaps the band’s most intimate sounding record yet, and fifth consecutive #1 album in UK. It is somewhat of a rite of passage for The 1975. Healy, four years clean from heroin, left his identity crisis behind and felt completely settled into his career as a writer; while lead guitarist Adam Hann had his first child. The band has grown up, and in a lot of ways, settled down. “We're men now", they say. And they feel really good about it. See you at Orange Warsaw Festival 2023, June 3.